Three people can keep a secret……provided two of them are dead!!! 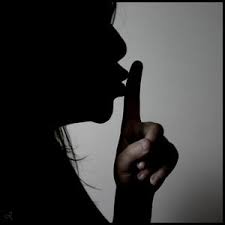 This one is a gem…a true gem and while it commonly happens to all of us yet we seem never to learn from it and keep repeating it over and over in our life. The only way, I learned in my life to keep something a secret is to keep it to yourself…..simple!!! And the most idiotic thing to ever do is to share it with someone else and then say “please don’t tell anyone”……duh!!!

A few months back I was making an overseas trip for a possible assignment and naturally I did not want to share it with anyone till the meeting fructified. Nothing secretive about it but then I normally would like to avoid the mostly nagging follow up questions. In India we have a cultural practice not to share with anyone that the husband wife duo are expecting a baby till the first 3 months……that is normally the most sensitive period……same logic.

But then there was this necessity to share it at least with someone in the family such that they knew about my whereabouts in the event there was some emergency. In the rare event that anything untoward happened during my journey and no one would be aware was a situation I did not want my family to be exposed to…..so I decided to share the details with my wife aka CNN. 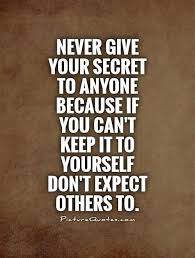 Giving her the details of the proposed trip and the many questions that followed I made that stupid remark….

Me – “Please….kisse ko nahin batana (Please….don’t tell anyone) “and we can inform when the meeting has fructified and at the appropriate time”.

Not more than 48 hours later my daughter popped the question to me “Pa, why did you not share with me that you are planning to make an overseas trip?” Now I don’t like to lie and especially to my children so I had to spill out the story though keeping some of the details with me. Another 48 hours later the proposed trip was known even to my in law’s having passed through several channels to reach there.

There was no need for me to really categorize this as a secret and the fact that several people came to know about it did not harm whatsoever…..but like I mentioned earlier it is the constant updates that people want post the meeting that gets to me. I guess they are asking for an update in earnest but the dialogue can sometimes and in my case many a times go in the following manner…..

Wife – “Result kab tab pata chalega?” (By when will they let you know?)

Now it’s been six months since that meeting and there is no confirmation either way and yet again and again my wife needs an update every week.

………..and the arguments start between us

A lovely message I got from my cousin Guds

Three people can keep a secret……provided two of them are dead!!!

Linkedin
Author: Rajeev Minocha
Filed Under: Personalities
Tags: keep something a secret, most sensitive period, my wife aka CNN, Three people can keep a secret……provided two of them are dead!!!
I stole from a hotel…..!!!!