A walk in the park….

Given the kind of demanding work schedules and the hectic lifestyles that most of us face in today’s world there is a ever increasing pressure on our health and the way that our bodies now react to the fatigues that it is exposed to on a day to day basis. I have for one started feeling that I don’t have the same kind of energy that I had till a few years back. I guess this is what they meant by saying ‘being on the other side of the hill’.

This year too started off with a resolution (not another one!) and this time I vowed that I was going to put back into my body a sense of strength, spirit and energy and maintain a healthy lifestyle.

The first step towards this was the signing up at the gym at the local club….something that took me almost 2 weeks of consideration. Not that joining the gym was a big decision but then I did not want to start off something which was not full hearted and then died away in a whimper in a matter of a few weeks.

Considerations done and armed with a pair of new shoes I stepped into the gym to wake up my muscles which had been in slumber for some time now. It’s always nice to start on a slow note such that the body starts getting used to the new routine. With 20 minutes of cardio and another 40 minutes of stretching, push ups, weights it was a good way to start toning up my body and I started feeling good about myself.

Then came the jibes from my wife (who else)….pestering me to go to the neighborhood park rather than putting my time in a closed gym with air conditioning…”Go to the park and experience fresh air” she said and this monologue continued for a few weeks till I actually decided to try it out….more with an intent to shut her up rather than anything else. That way I could tell her that I did follow her suggestion (?) but I felt better in the gym. 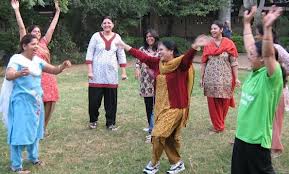 So on a clear sunny morning I ventured into the W block park in GK 2, New Delhi….the weather was pleasant and the air was fresh and crisp at about 7 in the morning. It was kind of nice to be out in the open air with lots of trees around, birds chirping away and squirrels running up and down the trees…..it wasn’t long before I started to realize that this was a much better place for me to exercise than at the gym. People formed groups to do exercises, yoga, laughter clubs and there were aunts in two’s and three’s briskly walking and chattering at the same time (probably about their daughter in laws….what else).

It was pure bliss and I could fill my lungs with deep inhales of pure oxygen….I could do a run of about 3 kms (with breaks, of course) in about 30 minutes and then spend another half hour to do stretching exercises, push ups, sit ups, abs, calves and just about every other exercise that I did in the gym with nothing amiss except the weights. Well, the only other thing amiss was the ‘eye washing’ exercise that I could do in the gym……I couldn’t do that in the park considering that most of the crowd was ‘over the hill’ and aunties discussing their daughter in laws are not meant for an ‘eye washing’ exercise. 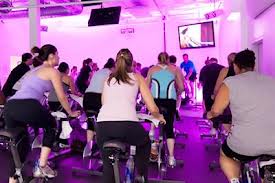 On a more serious note studies show that there was a significant increase in people’s self-esteem and mood, particularly when they exercised in the open parks or by water….this is because historically we are drawn to water to survive and it is in our genetic make up to be at one with nature. Scientists say that a short walk in the open air for only ten minutes is required to see a positive effect and of course it’s a lot cheaper than the gym.

At best, city parks are dynamic open spaces offering versatile obstacles and inspiring vistas. At worst, a few park benches, a single hill and a jungle gym can still duplicate the most hardcore indoor workout. It is said that something of light intensity such as a short walk in the open can have as much of a positive impact as a more intensive work out in the gym.

Professor Richard Mitchell, of the Centre for Research on Environment, Society and Health at the Michigan university once stated: ‘I wasn’t surprised by the findings that exercise in natural environments is good for your mental health, but I was surprised by just how much better it is for your mental health to exercise in a green place like a forest or a park, than in other places like the gym.

So guys, chuck the gym and go for a walk in the park……it’s a lot better, trust me. I’ve experienced it and I guess the above two photographs say it all!!!

Linkedin
Author: Rajeev Minocha
Filed Under: Health Care
Tags: ‘being on the other side of the hill’, A walk in the park…., an ‘eye washing’ exercise, bodies now react to the fatigues, chuck the gym, exercised in the open parks or by water, go for a walk in the park, Go to the park and experience fresh air, hectic lifestyles, increasing pressure on our health, jungle gym can still duplicate, kind of nice to be out in the open air, laughter clubs, new shoes I stepped into the gym, People formed groups to do exercises, signing up at the gym, This year too started off with a resolution, wake up my muscles, with deep inhales of pure oxygen
The humble….”Nimbu Paani”
Come on….give me a hug!!!