Choosing a flight…why not Air India

We were seated across the dinner table at my mother’s house and the discussion drifted from one topic to another and then my sister asked me which flight I had taken from Bangalore to New Delhi…..”Air India”, I replied. “Eewww…don’t tell me, why did you take such a crappy airline”? she responded.

Her opinion was not misplaced given the fact that Air India had worked hard over the last few decades to ensure that its image took a beating to an extent that it probably featured in the top ten worst airlines of the world. The aircrafts were old and poorly maintained crewed by aunties in their 50’s with lumps of fat oozing out of their midriffs. There was never a trace of a smile on their faces and coupled with faded upholstery in the cabin and food that sucked the journey was painful. Taking an Air India flight was always out of sheer necessity and never that of choice.

Then came another round of beating with the private players coming into play such as Kingfisher, Jet,  Indigo and Air India probably did not know what hit them. I have actually flown some Air India flight’s during those times with barely 40% occupancy. And why not, the LCC’s were ruling the Indian skies with newer aircraft’s, attendants who knew what hospitality meant and prices which justified the logo of an airline “Now everyone can fly”. Air India went into a virtual tailspin for years on end. 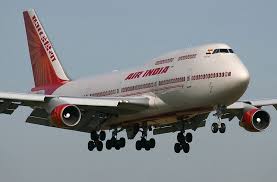 Over the last three years or so of my travel within India (I travel almost 10-12 times a year) I started trying out Air India more as an alternative to not getting my preferred airline choice and now I have grown to accept and prefer Air India over other airlines. It may seem odd but then I have taken several factors into account whilst coming to this conclusion.

Pricing – For most of us paying through our own pocket the pricing factor is one of the major determining factors and as of date the LCC’s no longer necessarily offer any price advantage over Air India. In fact Air India has actually turned out cheaper for me many a times and as they say money saved is money earned.

Aerobridge – Most LCC’s try to save money on the charges to be paid for using the aerobridge and this is a convenience factor overlooked by many. They park their aircrafts so far off from the terminal that the bus journey from and to the terminal can at times add up another 30 minutes to my travel time. So I am saving both money and time.

Better aircrafts – Air India has definitely spent efforts and money in upgrading their aircrafts and with the introduction of Dream Liners in many of its sectors travel in economy is no longer ‘cattle class’. The leg space on most of their aircrafts is much better than those I have experienced in the LCC’s. The drawback on most of the flights taken on Air India is their inflight entertainment system which unfortunately most of the times did not work.

Meals – the meals on Air India, though prepared by TajSATS still sucks but so does the food served by any other airline including Jet Airways. More on a psychological note if I don’t like the food on Air India I shove it aside without further thoughts but if I have paid cash for a soggy sandwich on the LCC’s I do get a feel of being ripped off.

On time arrivals – here again I did not seem to find enough difference between the on time efficiency of Air India and any of the other airlines to warrant paying them extra fare. On an average I found them all to be having an on time arrival efficiency of about 70%.

The best and the most welcoming part of this change brought about by Air India is that the aunties have thankfully been phased out and the flight attendants now are much pleasant, attentive and quite courteous. Try it out and then decide for yourself….after all none of these experiences are paid reviews!!

Linkedin
Author: Rajeev Minocha
Filed Under: Travel
Tags: Air India had worked hard, Air India has actually turned out cheaper, Air India went into a virtual tailspin, aircrafts were old and poorly maintained, cheaper airlines park their aircrafts, image took a beating, Indigo and Air India, Jet, Kingfisher, LCC’s were ruling the Indian skies, leg space on most of their aircrafts, meals on Air India, Now everyone can fly, such a crappy airline, top ten worst airlines of the world
The Flight Frenzy !!!

1 thought on “Choosing a flight…why not Air India”