We had completed our new factory building a few months back and keeping in line with tradition and business norms we had to organize an event when the plant would be formally inaugurated by the Chairman and the other directors on the board from the HO in Japan. Having no idea on how to go about it the boss dropped the hot potato on my lap and here I was, in addition to my existing responsibilities dumped with the charge of organizing a factory inauguration with all high profile invitees. I had never done it before and this was so totally out of my comfort zone but then that is something which excites me……another challenge….another life experience!!

Getting together a team of colleagues we started to get the our thoughts on paper and trying to visualize of how would the events would unfold on the D Day and what preparations would need organized. Having heard some of the suggestions from them I went into shock…..I mean this was a high profile event where almost all the 100 odd invitees would be the top management of our various business partners and here the team was talking %^&**@….we were completely out of our league!! What we needed was professional help….someone who had handled corporate events, someone for whom this was his bread & butter…..an event manager.

I started out by googling for the event managers in Bangalore and believe you me it was not an easy task to go through all the sites and then trying to assess which ones would fit the bill….there were some where the home page boasted of them having hosted a birthday bash…..that was certainly not I wanted to spend my time on. Help came in from the hotels (ITC and Oberoi’s) that we were considering to book for the stay of the invitees and we asked them for recommendations since the event managers do interact a lot with them. We had the list made out which included GPJ, Whiz Craft, DNA, Bates & Sercon, Liquid Space and Event Sourcing with all of them being well known names in the industry. 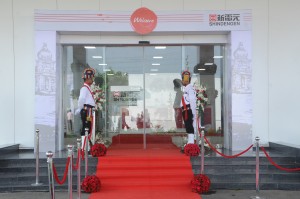 As the event managers submitted their credentials and presentations it became more complicated than becoming easy on us with each of them submitting their proposals from their own understanding of creativity and visuals….so while one would suggest as nice floral arch covering the entrance to the building the other would submit a proposal with a combination of flex panels and flower stands….how to compare one to another. Since this was a job which required a high level of creativity it was certainly much more complicated than the projects that I had worked upon.

We had been on this work for almost 2 months and we were still as confused as ever and by now the team was starting to get a bit frustrated and this started to show in our meetings. It must have been out of sheer frustration that I decided to scrap all the proposals sent in and did nothing on the event for almost the next 10 days……I wanted the shit to be out of my mind….this was just an additional work that was assigned to us by the company and was in no manner our main job.

So after throwing everything out of my mind for over ten days I collected the team again and announced to them that we would need to compile our own visuals and the ways in which we would like the events to unfold. So over the next few days our IT geek spent time in formatting the various images that we had selected from various presentations sent to us and now we had our own presentation of what we would like where. With this in place I sat down and formatted an excel statement which had the details of items required (again taken from the various proposals) and made a standardized list of items which all event managers would need to follow and put their prices upon. 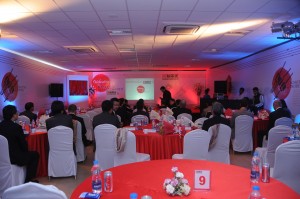 The standardized presentation and the excel was floated to all the 6 event managers and it was all beginning to make sense as we now had quotes from all event managers on the same platform. Now we could start the talk on the commercials and the next few weeks were spent negotiating with the event managers (not all of them were comfortable with the idea of a standardized format) and based on their past experience, the number of events that they had done, their client list, strength of their team, client refferal we started the elimination round.

We had now shortlisted to the final three and after another round we were finally down to a choice between GPJ and DNA. Since the race was on and each knew that they were competing for the contract the fees was negotiated (ethics prevent me from disclosing details) and considering all factors the final call was taken on GPJ https://www.gpj.com/.

Each and every item on the expense list was discussed at length and believe you me it is worth spending the time and effort on such an activity. We discussed and debated on the emcee (can cost anywhere from 25k to 150k), the dance performers (again a range from 30k to 200k), the size of the marquee, carpeting, TV displays and whilst the initial quotes were between 22 lacs to 24 lacs from the various agencies we were, after almost 3 months of discussing, modifying, replacing and deleting items the costs came down to about 15 lacs. 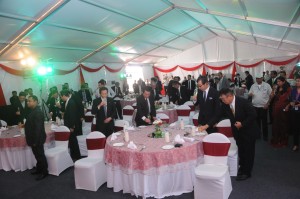 As per the industry standards all event managers charge a professional fee of 15% of the event cost and whilst it would be comfortable to hand over the entire event to them it would be an ‘expensive comfort’ with the event manager charging the fees on all that you ask him to do. Saving money does require a bit of an effort so we split the event into major categories and kept independent but major issues such as booking of hotel rooms and the ODC (outdoor catering) to ourselves and the coordination of the entire event, decoration, walkways, emcee, hostesses, light & sound, structure etc. to GPJ.

We decided to split the event into separate chapters (if that’s the word I should use) such that there was a break in each sequence and it did not get monotonous. For starters it was the traditional welcome post which we herded the invitees into the cafeteria which was being used for the formal speeches and the presentations after which we arranged for a tour of the plant.

Once the formal part of the event was through it was into the F&B area where a traditional Indian dance broke the stiffness attached to the event and with the emcee doing a live interaction (she did a remarkable job) with the guests the atmosphere was getting to be really relaxed. Of course we did introduce some champagne to add to the relaxation….just a single round as we really did not want to take the slightest change of anyone going overboard. 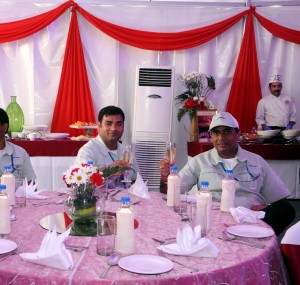 All in all there were a few issues that could or rather should have been taken care of by the event manager in a much better manner. The hostesses for the event were just college girls looking very uncomfortable in their sarees, the bouquets were not exactly what we had ordered, the finishing of the stage was a bit elementary….and so on so forth.

But then was it worth hiring an event manager…..I would say Yes….it was definitely well worth the money spent…..and the best part was that I was able to sit and enjoy the event……sipping champagne!!!