Getting a Drivers License in Bangalore 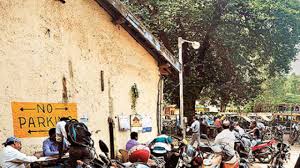 As per information provided to me an international driving license (DL) is valid only for one year in India even though the same may still hold valid in the country of issue. Since I did not want to get into any kind of embarrassments with the traffic authorities I decided to apply for a local DL in Bangalore and visited the RTO (Regional Transport Office) in Yashwantpur in Oct 2011.

The understanding between the parking attendants and the touts is remarkable and so is their ability to spot fair game from a distance. As soon as the car was parked I was approached by a tout who promised a LL (Learners License) and DL within 4 weeks of the application at a total cost of Rs 2,500 which included ‘tea money’ for all concerned officers and staff in the RTO. And of course, all the formalities would be handled by the tout and I would have to come only to get my photo’s done.

In a strange mood swing (which is quite rare for me) I decided to adopt a straight practice and not to allow myself to corrupt this nation further by paying bribes or ‘tea money’ as they say. What I did not know then is how much I would regret this decision.

The RTO requires you to fill up a form stating your particulars and attach copies of documents of DOB, address proof etc and pay up a nominal fee of Rs 80 for both 2 wheeler and 4 wheeler. A date was allotted to me in which I had to come again to the RTO and give a written test to get the LL.

The nominated day I drove again to the RTO and had to queue up outside the Assistant RTO (ARTO) office to get the documents validated along with the originals. The written test was quite simple and asked basic rules of traffic and some questions related to the traffic rules act. It was in s small hall which seated about 40 people most of them who were teenagers. I couldn’t help notice a few answer sheets being handed back to the examiner with an Rs 100 note neatly folded in the same. Anyway, I had turned to Gandhisim and ignored what the world did around me. The examiner checked my answer sheets and informed that I had scored only 9/15 with the passing marks being 10/15 and that I had to come back the next week for a repeat.

Next week was another round of the written test and this time I scored a 11/15 and this came as a relief till the examiner told me that I since I had crossed the age of 40 years I had to attach a medical certificate also as a part of the documents. This was news to me as the application form did not mention this as a part of the documents. Also this certificate was to be provided the same day else I would have to sit for a repeat of the test with the current day’s score being held as invalid. The RTO accepts only a medical certificate from a government hospital. I was there at the hospital in flat 30 minutes not wanting to appear for a repeat test. Getting the certificate was another task since the doctors were not to be found for an almost about 2 ½ hours. Finally I landed with the certificate and rushed back to the RTO at just about 1700 hrs and was lucky to submit it to the examiner just as he was ready to leave the office. 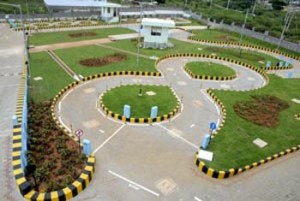 I collected the LL the week after. After 30 days of the LL there is a need to apply for the DL along with a fresh application form and a copy of the same documents with the originals of the LL. Next was another verification of the documents against the originals by another ARTO and then a date was fixed for the driving test to be held in Peenya. I had accomplished just a LL and had probably made 6-7 visits to the RTO till now. Looking at my frustration the same tout approached me and put me into further misery by gloating about the fact that he could have solved this for me in a much simpler manner. I had had enough and agreed to pay him the amount of Rs 1,800 for converting the LL into a DL without so many visits that turned my fuel bill into much more than the ‘tea money’.

Having submitted all relevant documents to the tout I was allotted a date for the driving test in Peenya. Since I had the tout on my side he had ‘arranged’ for me to test drive a car and bike from a driving school. The experience at the test drive was unbearable and not easily explained in words. It was torture. Having done a decent job at driving the car and bike provided by the school I had passed the test (read admission into IIM-A) and the license was received by me in post after about 3 weeks. All in all I made some 7 to 8 trips to the RTO and at the end of all of this I felt I had spent more money in trying to get the license on my own.

To summarize, I felt that this was a good experiment for me to refresh myself on the systems working in our country which differentiate between the mannerism that we aspire the system to work and the system that it actually works in. My advice to all the readers is that if you have the time and the patience with you then go through the system else just pay the money to the tout and get going on more important issues in life.

3 thoughts on “Getting a Drivers License in Bangalore”