Well, here was an experience that was quite embarrassing…..well, actually quite humiliating to be honest. A few weeks back driving back from a particularly intense meeting which had ended up at about 1930 hrs I thought it would be nice to stop by and have something to eat…and as is seen in many parts of Delhi there are the Dhaba’s which serve piping hot tandoori chicken, spicy fish tikka and a lot more of lip smacking kebab’s and curries….and there was this joint near the DCFM which seemed to be quite convenient as it was enroute home.

Having ordered a spicy fried chicken I couldn’t resist the temptation of having a drink and bought myself a miniature vodka bottle (contains 60ml) and mixed with a chilled soda in a plastic glass I was ready to dig into the food that I had ordered. It felt bliss tearing off chunks of the chicken and washing it down with a chilled glass of vodka in my car with the a/c humming and throwing cool air in the otherwise hot as hell Delhi. Started to feel very relaxed after the long and intense meeting I had just finished.

I polished off the last few drops of the vodka and decided to head back home before the tiredness got the better of me and as soon as I had pulled out of the parking lot 2 policemen appeared out of nowhere and signaled me to stop. “Been drinking?” asked the policeman…..”Yes, I have had a peg of vodka”, I replied. “Good, now please park the car and come for the breath analyzer”. 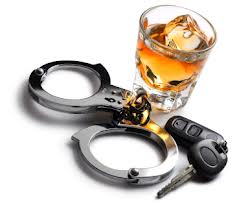 I had heard from my friends about their experiences that the Delhi Police is pretty strict particularly on the issue of drinking and driving and that the fines could range anywhere between Rs 2k to Rs 10k depending on the view taken by the judge on the intensity of the case (reading taken) and in some extreme cases the judge may even order for the custody of the accused for a few days. Given the harsh penalties that the courts could enforce the powers of the police also go unquestioned. Their experiences were not so pleasant to hear and I was happy that I had not been ever caught into such a situation trying to plead my innocence or trying to bribe my way through.

Back to the future…..so I now was in the situation as what my friends had been through but I was confident and strode forward to the police beat and awaited my turn for the breath test…..the reading came at 42mg / 100 ml against a legal limit of 30mg / 100 ml.

“You have to go to the courts and pay the fine” said the policeman who conducted the test as he passed the printout to the SI (Sub Inspector) busy cutting out the challans. Agreed this was a bit beyond the legal limit but it was not something so drastic that it couldn’t be let off by a small verbal warning. Whist I tried to imbibe this logic in the SI he seemed intent on making his target numbers of challans completed for the day at the earliest. Now I’m not being disrespectful of the system just because he wouldn’t listen to my case but the only other way I could let myself off was to have a contact in the Delhi police and a quick phone call to him would have the case solved in a jiffy…..I did see many cases getting solved in such a manner in front of me but was that the approach that I would take? I mean….would I like to call my friend whose an ACP to get off the hook…..or better still call another friend (SP of a district) as that would sound more important…..or even a call to our old known SHO…..a call to any of these would have had the SI close my case in a jiffy. That however is never an option for me…..and I don’t like to use the position or my relations with a friend for such cases…..specially such cases. 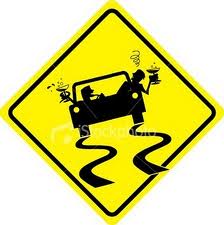 So the herd of (I hate to use the word) ‘drunk drivers’ was divided into those making calls to their acquaintances to find out whose even remotely known to them in the Delhi Police and those who where picking up challans. “Please be there tomorrow failing which there will be a warrant issued in your name” said the inspector as he issued the challan and shook my hands. That was a sweet gesture.

Amir Md. has been practicing law in the district courts for the last 15 years and has to the best of my assessment has specialized in small time cases where the targets (clients) are often poached as they enter the court gates…. And their ability to spot fair game from a distance is remarkable. As I showed him the challan issued by the police he remarked “Oh! drunken driving!” whilst he scratched his b***s…..”No sir, look at the reading….hardly qualifies for terming as drunk” but my response was ignored as he continued to scratch his b****s. He had his priorities right, I guess.

Our fees negotiation started at Rs 5k on an all inclusive basis and finally got settled at Rs 3k with no further payouts irrespective of the level of the fine imposed by the courts. Having filed the case papers before the relevant court we were informed that our case no would be called out in about in hour’s time.

There are several large size halls in the building and each such hall has about 15 mid sized rooms say about 500 sq ft which serve as the court rooms. Judging by the number of people standing outside room no 20 it wasn’t difficult to guess that this is where we also needed to head. There must have been about 200 odd people there and the numbers stayed more or less the same as the cases got dismissed one by one. It was a mixed crowd…..from young teenagers, small time businessmen, well educated class, BMW owners, the auto drivers and many more from all walks of life.

The process seemed  simple….the case is called out and the accused stands in front of the judge where the counsel  pleads for leniency and the case is settled at a fine decided by the judge. Matter closed. Next! The process continues case after case and most of the cases were settled in less than a minute. “Case no 6293” shouted the clerk…that was my case and I made my way to the stand.

My lawyer seemed to have suddenly been charged with a lot of energy and for no rhyme or reason he started presenting the arguments of the case as if the entire police of Delhi and conspired against me (his client) and stated for the entire room to hear…”May Lard”….” The police have with malifide intention increased the alcohol reading in my client body….”

Ouch! What was this guy trying to do? He was out to do what no lawyer had probable done before…..send his client to jail through his own sustainable efforts. I was getting desperate and really wanted the judge to ignore this buffoon and once, just once look at me…..the judge glanced at the lawyer with a certain tired and amused look before he glanced at me. That was it…..the judge understood the issue and without much further comments ordered the case closed with a fine of Rs 2k.

I was out of the court room in the next 30 seconds clutching my DL and walked away from the courts and from my lawyer as fast as I could.

Well, I think at the end of the day it turned out to be a very expensive drink of vodka…..I mean that measly 60ml of alcohol cost me somewhere about Rs 3.5k and I could have very well bought some 2 bottles of premium scotch with it. Not adding the cost of the unnecessary stress that came along with it. 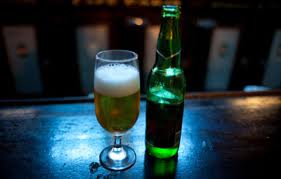 Guys, in my personal opinion it’s not worth it…..if you’ve had a drink then its best to let someone else drive…..or take a public transportation….else have a few phone numbers of someone in Delhi Police listed in your mobile…..it works. Please note that this sharing of my life experiences is to present both the lighter side of life and the darker possibilities of what could go wrong and I do not in any case encourage or appreciate anyone indulging in a case of serious drinking and driving.

You are putting innocent lives at stake!!

Linkedin
Author: Rajeev Minocha
Filed Under: License Raj
Tags: Been drinking?, couldn’t resist the temptation of having drink, Delhi Police, drinking and driving, experience that was quite embarrassing, fines could range anywhere between Rs 3k to Rs 6k, go to the courts and pay the fine, I was caught drunk driving, let someone else drive, miniature vodka bottle, reading came at 42mg / 100 ml against a legal limit of 30mg / 100 ml., take a public transportation, very expensive drink of vodka, washing it down with a chilled glass of vodka in my car.
Getting a Drivers License in Bangalore
WTF….I was pickpocketed!!!