Learning the game of Golf

Having a busy social life is good but then if you get invited to a dinner where most of the men play golf then its plain torture as they couldn’t seem to have any other topic of conversation except how good or bad their last game had been. It was quite a pain for me for many years.

We moved to Jakarta in the year 2000 and lived in a condominium which overlooked a beautiful 18 hole golf course in Lippo Karawaci. It was just a matter of time before I took the first step toward the course. It was an awkward moment when I stepped up to the driving range (practice area) having no idea how the game was played. Not that I didn’t know  what golf was all about but that my knowledge of  the game was from the little glimpses on television…..and believe you me  for a non golfer to watch the game on television is perhaps the most boring game on earth.

Armed with a single club (taken on rental from the course) and a bucket of balls I stepped onto the battlefield. Carefully I placed a ball on the grass and took a good look ahead onto the range and estimated that I should  easily be able to hit the ball towards the far end…..I mean how difficult could it be to hit this tinne-meeny ball with a stick. I carefully took a stance gripping the club as hard as I could and swung it with a force that would have beheaded someone.

The ball was exactly in the same position as it was earlier and I had managed to dig up the grass almost a feet in length. Thankfully everyone else was busy in their own practice and no one noticed….or so I assumed. I took another stance and swung harder this time and squinted my eyes to see how far the ball had gone. It was right there where I had placed it and now there was another patch of grass which had been dug up from its roots. Tried few more shots with varying intensity and I had dug up most of the grass around me……I felt like I was playing a lead role in “Mr. Bean at the golf course”. A range caddie politely requested me to move to the artificial mat…..I had done enough damage to the range. This was my first day at golf.

Golf is a game of technique and skills rather than force. The first step is to get the correct grip on the club and this will be a major factor in hitting the correct shot. I suggest taking few basic tips from the coach or some of the senior caddies as once you’ve developed an incorrect grip it gets to be very difficult to unlearn and get away from your ‘own’ comfortable way of holding the club. The stance, the alignment of the shoulders and resisting the urge to have a look at the ball as soon as you’ve hit the shot are some of the key tips that play an important role in learning golf.

Practice at the range for a few months trying out the different clubs that are designed for covering varying distances e.g. a 9 iron should cover for a beginner a distance of about 120 yards whilst a 5 iron should take the same person a distance of about 190 yards. The key is to practice as often as you can. It is not as much fun as playing golf but a beginner needs to get as many repetitions of correct technique to build up confidence. However it is important to note that practice on a driving range is far different from playing on the actual course so don’t fear and step on the course after a few months of practice. 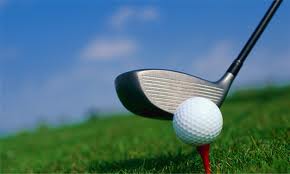 Golf is a game of etiquettes and the same are taken very seriously by  the golfers so it is important that you don’t end up embarrassing your host or your partner by turning up late for the tee off or by wearing a pair of jeans at the golf course. Go through the net and see what the golf rules and etiquettes are and familiarize yourself with them and this is something that is further learned as you go on to the course playing with some more experienced golfers.

This game can be very addictive and most people who start get hooked onto it within a short span of time. I have personally found it to be extremely de stressing and a round of golf over the weekend can make me energized for another week at work. This is perhaps one of the few sports where you are in competition with yourself. The best part about this game is that most of the experienced golfers enjoy the opportunity to help players new to the game.

Go ahead and take the first step onto the driving range….

Linkedin
Author: Rajeev Minocha
Filed Under: Playing Golf
Tags: driving range, golf course, Golf is a game of etiquettes, Golf is a game of technique, golf over the weekend, Learning the game of Golf, playing golf, Practice at the range, what golf was all about
Golfing in KGA, Bangalore
Golf in Kodaikanal