Understandably people love their cars because they are an expression of their personality. When choosing a new car one can decide on what features are going to suit, and if they don’t already, one can change them. From custom paint jobs and designed cover art, to body kits and roof racks, a car can express the type of person one is and what the car means to them. The best thing about owning a car is that it is totally yours. Nobody can tell you how to run it or what to do with it and it’s entirely up to you where you take it. But that is where it should stop. Unfortunately in Delhi…..well!!! It goes to the extreme. 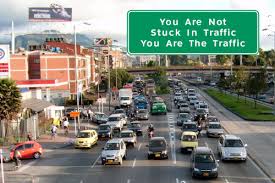 I have had the chance to have some pretty nice cars such as a Lancer, BMW, Innova but the make or the size of the car that I drove never made a difference towards my own self esteem or the way that I perceived others. Sure I do appreciate good cars but then my attitude towards the guy in a Maruti could not be any different from a guy driving an Audi. Maybe this was my perception and I never felt the Badi Gaadi effect till I moved back to New Delhi after a span of almost 15 years. But here it is clearly evident that people tend to judge you by giving discreet looks at the car you have just stepped out of….”Nice car, yours….?” Your answer will then decide your particular social slot.

For the last one year I have been a kind of misfit in the upscale GK II residential colony where even the drivers and chowkidars play a one up on each other as to whose Saheb has a better or say bigger car. Its a heirarchy of its own kind. Even these guys turned their nose whenever they saw me driving my wife’s Santro. It’s a hatchback, quite comfortable to drive, easy to park and easy on the pocket….crap, why am I justifying why I drive this car!!

It’s the same thing about your address…..meet anyone at a party of a social gathering and once you’ve shook hands and introduced each other the a sure shot question that is bound to come up in the next 5 minutes of the conversation is where do you stay….not that the person is ever going to come to my house….he just wants to evaluate my ‘level’ such that he could decide to continue the conversation…don’t believe it….try it out for yourself….introduce yourself and say that you stay in Daryaganj and look out for subtle facial sings that give away his thoughts….say Golf Links and the facial signs are diametrically opposite….

Driving a nice car is….well….nice!! but to adopt an attitude towards a guy driving a car that is cheaper than yours is something that is very alien to me and a concept that I have not yet been able to comprehend. Do I become a better person if I drive a BMW and do I turn into a bum if I drive a Maruti…..that may be a enigma for a lot of people but for the Delhiites it’s the benchmark…..an easy, simple and effective tool to distinguish between the good, the bad and the ugly. Does everyone adopt the same principle……here is a little check….

Alice Walton, heiress of the Wal-Mart fortune, is the second-richest woman in the world. But her car of choice is a simple 2006 Ford F-150 King Ranch. The trucks retail at around $40,000.

Ingvard Kamprad is the founder of Ikea and is worth an estimated $28 billion. But his ride of choice is as humble as the furniture he sells: a 1993 Volvo 240. If the car sold today, it would only be worth about $1500.

Warren Buffett is one of the world’s richest men but his frugality is as well-known as his bank account. The investor drives a Cadillac DTS, which he purchased to support then-flailing American company General Motors. The car retails for around $45,000.

Mark Zuckerberg is often seen in a black Acura TSX. The young billionaire has among the cheapest of the rides: the car is valued at about $30,000.

Laptop mogul Michael Dell drives an edgy, 2004 Porsche Boxter. Although a new model could cost you well above $80,000, you could buy this model used for under $20,000.

Microsoft’s Steve Ballmer is one of the world’s richest men but went for a fairly modest car, the Hybrid Fusion. The car retails for about $19,000–well within the budget for a new family car.

But then this is a phenomenon that I have seen across all the places in India or overseas…..yes people are definitely impressed if you have a fancy car or a nice address….it is human tendency but that is where it stops barring few odd exceptions. But for the Delhiites it seems to be more of a rule rather than an exception. Speeding down narrow lanes, blaring music, incessant honking and if not given the right of way……they lower their windows and scream out “Tere ko yeh baadi gaadi nahin dikthe hain…..Ma dar **** Behen ke ****”………a perfect way to polish off the sentence….and he was off even before I could think of reacting!!!!

Linkedin
Author: Rajeev Minocha
Filed Under: Personalities
Tags: Aap ka status aapke gaadi, attitude towards the guy in a Maruti, Badi Gaadi effect, better person if I drive a BMW, driving a car that is cheaper, driving my wife’s Santro, even the drivers and chowkidars, It goes to the extreme., Mere Sahib ki Badi Gaadi, misfit in the upscale GK II, people love their cars, people tend to judge you, that may be a enigma, towards my own self esteem, Unfortunately in Delhi, whose Saheb has a better, your particular social slot.
The Great Santa Banta….!!!
Hiring and Tantrums of Kaam Waali Bai (Maid).