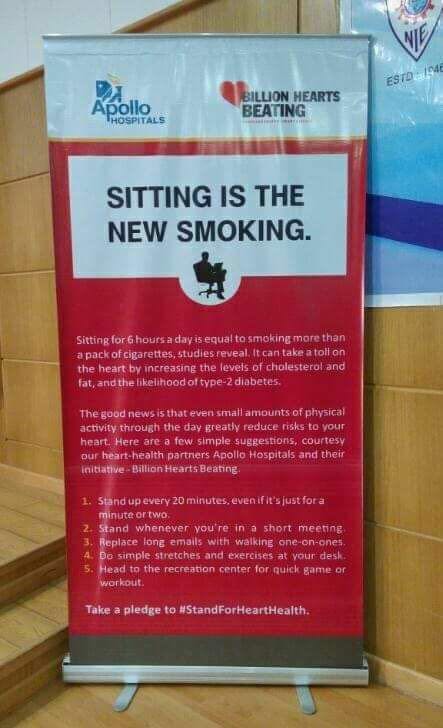 It’s really not funny & I’m serious…..for the last few months or so my arse is actually hurting like hell as I sit in the office and even while I keep shifting the weight from one butt cheek to another every 30 minutes or so the pain starts to spread and radiates from the lower back to the arse and down to the upper thighs. And the pain tends to linger on even after I have left the office.

The problem, I analyzed, is that about few months back my project work finished and with the factory having started commercial production and the admin block in place my work got more aligned to the desk spending time in chalking out work processes and systems. Now, that work is as important as the project itself since in a start up everything needs to be done from scratch but then I need to sit on my desk for roughly 80% of the time that I spend in the office not to add the commuting time spent in the car. That means that I sit on my poor arse for almost 7-8 hours every day and this is something that I am really not used to.

For the last many years my normal schedule as a business head would be to make constant rounds of the shop floor talking to the various vertical heads and would heave a sigh of relief when I would come back to my cabin and take a seat….Ahhh!! That would be bliss and then I would spend time on analyzing reports or replying to my mails before I was off to another round. Now with so much seating to be in the office I am extremely uncomfortable and my body aches.

I look at some of my colleagues and they don’t seem to be having the same problem…..or at least I haven’t seen them sifting uncomfortably in their chairs as much as I do….or maybe that they are more used to this kind of work. I guess over a period of time they have evolved and developed big bums to give them a cushioning effect 🙂 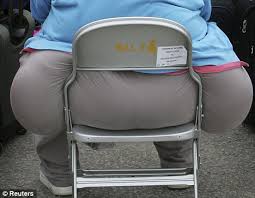 My chair is slowly killing me. Chair disease, as some people like to call it, is an increasingly common malady in today’s world that is almost always caused by spending too much time parked on your rear end. And if you haven’t had back pain yet, just wait; it affects 8 out of 10 people at some point during their life, according to the National Institutes of Health.

Of late I have tried to alter my working schedule and almost after each hour or so spent at the desk I take a walk in the plant and then come back to my workstation. Another hour later its inspection time of the factory premises, built on a small 5 acre land but more importantly it gets the blood running in my legs. Another hour spent at the desk and it’s time to make rounds of the cafeteria and the cycle moves on. I have even introduced forced visits to the washroom just to give me a reason to get up from the damn chair.

It has been proved that sitting for long hours over a period of time leads to many medical problems. I wouldn’t want to reinvent the wheel so you can refer to this nice article and get a good idea of what I am referring to http://apps.washingtonpost.com/g/page/national/the-health-hazards-of-sitting/750/

God!! My arse hurts even as I write this article.

Linkedin
Author: Rajeev Minocha
Filed Under: Health Care
Tags: Chair disease, had back pain yet, I sit in the office, My arse hurts, My arse hurts like hell, My chair is slowly killing me, pain starts to spread, sitting for long hours, too much time parked on your rear end
When Healthcare became Wealthcare…..