The basic tenets of Hinduism

The origin of Hinduism has always been a matter of dispute and controversies with several theories forwarded by countless theorists and historians.

The word ‘Hindu’ it is said has been derived from the name of river Indus, which flows through northern region of India. In the ancient times the river Indus was called by the name of ‘Sindhu’, but the Persians would pronounce it as Hindu with the S silent. Overtime the land beyond the river (S)Hindu came to be called as Hindustan or India as it is known globally and its inhabitants were called ‘Hindus’. It is believed that the word ‘Hindu’ is primarily a corrupt form of ‘Sindhu’ and represented more of a geographical rather than a religious term. The religious tradition we call ‘Hinduism’ is the product of 5,000 years of development. The name however dates only from about AD 1200, the time when the invading Muslims wished to distinguish the faith of the people of India from their own.

Over a passage of time Hinduism came to be termed by many as a religion, a group of religions, or a group of beliefs and traditions, some of which are diagonally opposed to each other. This some times gives rise to the common argument that Hinduism cannot be considered as a religion. Based on the common definition and perception of religion Hinduism does indeed stand apart in many a ways. It is neither based on a particular founder, any particular holy book nor does a central institution or authority control or promotes it. No one has a proprietary claim to it.

Hinduism has been termed by many as a way of life rather than an organized religion that is common in many parts of the world. It has no founder or any prophet. It is believed that the Aryan’s who settled along the banks of the river Indus several centuries ago and gradually moved into the other parts of India brought the basic tenets of Hinduism. Over the passage of time it developed and grew without having in particular an ecclesiastical or institutional structure, or a set creed.

That Hinduism is not a religion in the strictest sense of the word, but an ancient tradition in continuity and in perpetual evolution is an unquestionable fact. Throughout the centuries, Hinduism has never remained static, but has rather evolved continuously and transformed itself over the ages.  Hinduism lays much emphasis on the attainment of knowledge rather than mere conformity to inherited doctrines, to achieve self-realization rather than depend on the authority of the scriptures only. This is the reason why probably Hinduism has evolved throughout the ages and developed and matured. 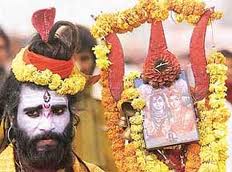 Hindus consider Dharma to be the very foundation of life. Dharma means, “That which supports the universe” and effectively suggests any path of spiritual discipline which leads towards the ultimate truth. It simply implies a sense of duty or a course of self-conduct and can be summarized as the natural universal laws whose observance enables human beings to be content and happy.

Hinduism accepts the concept of reincarnation, and what determines the state of an individual in the next existence is karma, which refers to the actions undertaken by the body and the mind. In order to achieve good karma it is important to live life according to dharma, what is right. This involves doing what is right for the individual, the family and also for the universe itself.

Another major differentiation of Hinduism stands out in its acceptance of other religions as a path to salvation and does not favor organized attempts to proselytize people. The concept and practice of conversion is something very alien to the Hindus and that is probably the only reason why one cannot see Hindu missionaries trying to convert them to a ‘better’ religion than the one that they have currently adopted.

Linkedin
Author: Rajeev Minocha
Filed Under: Religious
Tags: 000 years of development, achieve self-realization, attainment of knowledge, concept and practice of conversion, concept of reincarnation, Dharma means, differentiation of Hinduism, Hinduism came to be termed, Hinduism cannot be considered as a religion, Hinduism has been termed by many as a way of life, Hinduism has never remained static, Hinduism is not a religion, Hinduism lays much emphasis, Hinduism' is the product of 5, Hindustan or India, The origin of Hinduism, towards the ultimate truth
Kaal Sarp Puja at Trimbakeshwar
My adventures with Astrologers