Having being born and brought up in a typical Punjabi household in New Delhi our only exposure to the culture of the southern part of India (apart from those dull & dreary NCERT school books) was through the movies where typically the south Indian guy was to be seen in a garish combination of yellow shirt and green trousers or at best in a banyan & lungi with a heavily accented voice which further tweaked when he had to say “Aaeeyooo Amma”…..we would laugh whole heartedly at this character and soon enough he  became a image representative for the entire south India….the region didn’t matter nor did the state (assuming the Punjabi’s would know the names of the states) and a generic term was added to our dictionary…..Madarasi.

It seemed irrelevant whether the person hailed from Kerala, Andhra, Tamil Nadu or Karnataka….they are all put under one umbrella and termed as Madarasi’s…..as any Punjabi would simply put it….”What difference does it make”?…….”They all look alike” and then burst out into peals of laughter. 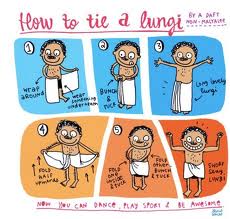 But then its always a two-way street – while one side snickers about the ‘arrey yaars’ and dub their sense of dressing ‘hilarious’ and flashy, the other side laughs about the ‘aiyos,’ the ‘yennada rascals’ and the general need to add curd to food items.

I guess it works the same way that the south Indians perceive the people from the north….though the poke at the accents may be missing north Indians are often considered as loud, flashy and uncultured. Part of this is true….at least on being loud and flashy and having returned back to my home town (New Delhi) after 15 odd years I do see that not much has changed on these two factors. Your address and the car that you drive are the primary indicators of your success factor and give you an instant acceptability into society. I stay in a posh locality in South Delhi called  GK 2 but in the absence of my flashy office car I nowadays drive my wife’s Santro and the expressions of the neighbours and their drivers or even the chowkidar’s state that I am a misfit in this place. I know this will change into admiration when I get my own BMW. It may seem appalling but it’s true.

What creates this divide amongst the south Indians and the north Indians? It is not a myth and my 5 years spent in Bangalore have often thrown me up against situations which clearly define this divide…it’s not a question of who feels what but the feeling is mutually shared between the north Indians and the south Indians ….and some of the times it is painfully evident. The divide on the basis  of language, skin color, cuisine, attire is all well defined and accepted….but then why the divide between the people? We don’t ridicule or make fun of the Japanese or Europeans when there is also a great distinction basis of language, skin color, cuisine and attire. I have been doing some research on this but have failed to come to any conclusive reasons for the same…..according to many scholars the Aryan and Dravidian divide theory has failed to prove itself. Or does the nucleus of the prejudice lie in the language barrier? There has often been a situation where a north Indian and a south Indian have to converse in a foreign language (English) as they do not have any other commonality.

Honestly I could not find the answers. 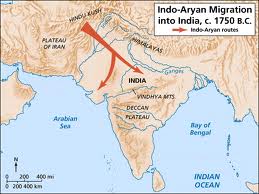 So here are a few pokes at the north Indians……

And here are a few pokes at the south Indians……..

Linkedin
Author: Rajeev Minocha
Filed Under: Religious
Tags: always thought that Madras is a state, Aryan and Dravidian divide theory, attire, cuisine, divide on the basis of language, exposure to the culture of the southern part of India, flashy and uncultured, generic term was added to our dictionary Madarasi, heavy silk saris in the Madras heat, Her name is another name for a Goddess or a flower, loud, north Indian girl looks almost like a bollywood heroine, one umbrella and termed as Madarasi’s, skin color, south Indians perceive the people from the north, The great North India - South India divide, the south Indian guy, What creates this divide amongst the south Indians and the north Indians, Your address and the car that you drive are the primary indicators
Holy Cow!!
North – South divide – The Great Madarasi’s