As I grew up and my thoughts turned more rebellious I would at times poke into the kitchen and ask my mother if we could have beef for dinner that night. That would be enough to invite a rebuke from her, belonging to an old school of thought, on the affects of modern education on today’s children while my grandmother would just simply go into shock. Neither one knew why Hindus don’t eat beef but both, and as I presume their mothers before them, religiously followed the system and expected us to carry on the tradition. No questions asked.

After my marriage my wife, a vegetarian by choice, learned to accept that one of my favorite dishes would be chicken curry. Though she hated to touch the bird she would out of love cook a delicious curry for me after, of course I had cleaned it. Once I tried to expand my menu by including some beef I purchased from the mart and kept it in the refrigerator. Within minutes, my wife learning of such a purchase, the package ended up in the dustbin. Expecting some insight from my wife into the reasons did not increase my knowledge any more than what my mother or my grand mother could contribute. Since then I am not allowed even to think about it in my own house. My father dutifully carried out his wife’s wishes as faithfully as I now carry on the tradition.

The terminology ‘sacred cow’ has now come to signify any stubbornness or extreme loyalty to an outdated institution that becomes a hurdle for progression. One cannot help presume that this term could have its origins in India, where the cow is literally worshipped. 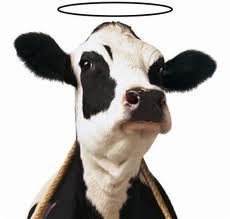 Many of the people whether from the west or the other parts of the world find common understanding between themselves on the issue of India’s ‘sacred cow’. Indeed, worshipping God is one issue, but to worship a cow at the same time that the family members suffer from under nourishment is a thought process that needs to be seriously contemplated. Man is said to have domination over the animals, but it seems that the Hindus have it the other way round. In fact, one writer somewhat cynically asserts that the only unifying features in Hinduism are the Indian character of the faith and the universal reverence for the cow!

It may perhaps be the most complex issue for most people and especially Americans to comprehend and appreciate India’s reverence for the cow.  Well after all it is the land of hamburger’s and steaks. Many economists especially from the west often contend that beef alone could help solve much of the problems in India and the beliefs of the reverence of the cow has often been termed as a lunatic obstacle to farm management. 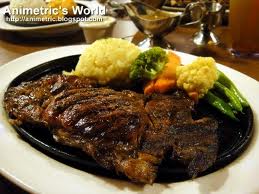 None of the holy scriptures of the Hindus teach that the cow is holy or in any way superior to humans and hence worship able. The cow has rather been seen as a being of much help to the human society that it needs to be protected. Religiously there is no reason to see cow as sacred and it is believed that cows were made ‘sacred’ rather deliberately to prevent their slaughter.

India has primarily been an agrarian economy and farming has been predominantly a closed family affair and considering the labor-intensive approach to farming it naturally involves all members of the family. While the bull ploughs the field helping sow or harvest the crops, the cow supplies milk from which many dairy products are produced. These dairy products such as ghee (purified butter) and yogurt and cream form a very important part of the Indian kitchen. 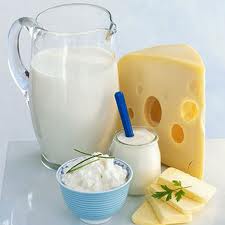 The Indian farmer sees his cattle like members of the family. Since the farmers depend on the cattle for their own livelihood, it makes perfect sense both economically and emotionally to see to their well being.

Cattle are one of India’s greatest natural resource. They consume just grass, which is available in abundance while providing the farmer with milk and at the same time acting as beasts of burden not only for pulling along heavy loads but also to grind the sugar cane and turn the linseed oil presses.

It may seem surprising to many and disgusting to many more but the biggest energy contribution in rural India from the cows is their dung. The cow’s dung, far from being contaminating, is said to possess antiseptic qualities. Not only is it free from bacteria, but also it is believed that it also does a good job of killing them. Cow dung is also used in most parts of rural India for insulation purposes and when packed on the outside walls of a house, in winter it keeps in the heat, and in summer produces a cooling effect. Also, it does not attract flies and when burned, its smoke acts as a repellent for mosquitoes. 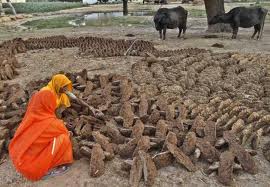 Most of the dung is used as an affective fertilizer, which comes at no extra cost to the farmer or to the world’s fossil fuel reserves. The remainder is used for fuel. Dried, it is odorless and burns without scorching, giving a slow, even heat. It is said that a housewife can count on leaving her pots unattended for a major part of the day or return any time to a preheated griddle for short order cooking.

How, over the period of time did the cow come to be interpreted or called ‘sacred’ is not known but the thought or logic has always probably been to protect an animal which is of such tremendous use as compared to what it demands for its existence. With the erosion or filtering of logical and rational thinking of “why?” over the past centuries it was probably easier for the peers to ensure the continuance of this tradition and belief by linking it to probably the most powerful force known to mankind. Religion!!!

Linkedin
Author: Rajeev Minocha
Filed Under: Religious
Tags: beef for dinner, biggest energy contribution in rural India, but to worship a cow, cattle like members of the family, cow is literally worshipped, cow supplies milk, cow's dung, Holy Cow!!, including some beef, India’s reverence for the cow, insulation purposes, it is odorless and burns without scorching, old school of thought, Religiously there is no reason to see cow as sacred, sacred cow, universal reverence for the cow, v, why Hindus don’t eat beef
My adventures with Astrologers
The great North India – South India divide