This guy knows what he talks – Part II 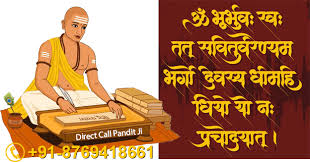 Now that I have been meeting up with the astrologer Indranil Mitra for almost two years I thought it would be nice to give a small update on whether my further experiences with him have been as good as in the initial few meetings or whether they just an initial infatuation with his readings.

He now sits in Green Park (a prominent South Delhi colony) and while his office is located in a strategic location parking remains a major issue, as is in entire Delhi. Hence my suggestion would be to take the metro and alight at Green Park station and his office is a mere 2 minute walk from there. As suggested before stick to your timing as he does…..and in case you’re late, well he won’t make the same mistake.

Honestly, Indranil Mitra seems to do a great job each time that I visit him save on a rare occasion where the meeting was dull and quite uneventful…. probably on account of the fact that he too has his down moments of life……but then he still charged full amount for the session 🙂

But then it’s a treat to talk to him on days that he gets those flashes of brilliance and then he is at his best. He jumps from astrology to numerology and to Vaastu with relative ease and while his main concentration is on astrology his knowledge on other subjects is just as commanding. He pops innocent looking questions and then after some time I realize that he was just connecting the dots….seems rather innocuous at first and then one starts to understand the logic and the jigsaw seems to make sense.

Few months ago my wife made a visit to Indranil Mitra and when she came back she accused me of ‘tipping’ him off in advance about her visit such that he could give her ‘a very accurate reading’.

“Why the hell would I do that?” I reacted.

“Well, maybe because you wanted me to believe in him” she replied.

“Now, why the hell would I do that?” I shot back a bit irritated at this accusation.

“Because that’s what you keep doing with me all the time” and with this I knew we were going nowhere…..I know that our planets have strong individual personalities and pulls but then they somehow always push us in opposite directions…..where was Indranil Mitra when I checked about the compatibility of our horoscopes before our marriage.

During the last few month I have had encounters with other astrologers (more out of curiosity than anything else) they have all turned out to be as predictable as they can be save for an astrologer named Jivendra Pandey.

To contact him all you need to do is to fill your details on a form online on his website and then call him on his mobile such that he knows that your concerns are genuine and that he does not spend time on reading horoscopes where people never bother to call after the form was filled. So this is exactly what I did and once after filling the form I called him to confirm my interest in the reading. The next day I called him again and after putting me on hold for 2-3 minutes he asked my specific query and we spent a good 20 minutes on the phone without any element of hurry discussing the reading.

The most unusual part of the entire exercise was the absence of the element of fees……well, not that he does not need or accept money but nowhere on the site does he state specific charges or super saver deals or combo charges. No fees was discussed on the phone either and it all boiled down to what I felt I should pay. Though the website (sponsored by one of his supporters) does recommend a donation amount of US$25 there was no compulsion to follow and I made an online payment of what I felt was an appropriate amount. This was unique indeed and a pleasant change from the usual practices though I am not very convinced of his understanding on my issues.

Coming back to Indranil Mitra what is truly amazing is his memory and he seems to recollect most of the conversations some of which even I would have put into the back of my mind. To the best of my knowledge he has never advertised for his services and neither does he solicit any clients…..his reputation seems to have built on word of mouth. When I wrote the first article about him  http://frommyexperiences.com/site/this-guy-knows-what-he-talks/ it was more of an effort from my side to publish my experience…..I never informed Indranil Mitra about it and it seems that he stumbled on it a few months later while using google.

The intent behind this article too is not to promote him or his services but keeping in mind the spirit of the site it’s about my life experiences….and when it’s been a good experience all the more reason to share.

Edit – Mr. Mitra passed away on 29the October 2016 after a severe cardiac arrest. His going away has left a deep void in my life. May God bless his soul.

9 thoughts on “This guy knows what he talks – Part II”