This guy knows what he talks!!! 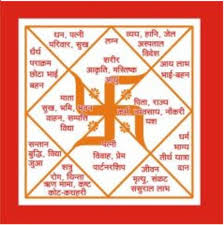 Well, we’re back to the world of astrologers http://frommyexperiences.com/site/my-adventures-with-astrologers/ and as I did promise to all of you that in the event I come across anyone worthwhile I would update you…..so here is my experience about this astrologer.

Indranil Mitra is an astrologer and a palmist who operates out of a small office in Shapurjat, New Delhi and can be contacted at +91 9811191437. He sits in an office where the majority of the space is taken up by the jeweler showcasing some expensive and exquisite diamonds and other precious stones while he takes up a small cubicle with bare essentials. He is highly disciplined as regards to the timing and normally an appointment fixed will start at the scheduled time so in case you’ve turned up late for the appointment….well, it’s your loss. He will not delay the other appointment for your sake.

So while earlier he used to charge 2k for the initial meeting and 1.5k for each of the subsequent ones buy of late he has increased the same by about 20% (wish my salary could also go up the same rate). He normally charges the NRI’s at a higher rate than the resident Indians which could be more on account of affordability…..couldn’t figure out any other reason. It is said that some people tried to cover the fact that they were working overseas to save on the additional charge (penny saved is penny earned) and during the consultation the astrologer would find out that as per their charts they should be working or staying overseas. He has been so sure of his findings that upon insistence the clients would eventually admit that they were stationed overseas…..they would of course say that they out him to this test to judge him rather than admit that they wanted to save on the charges.

He has a fantastic memory and tends to remember most of the things that have been discussed in the previous meetings and normally doesn’t stray off the course….well, most of the times till his ego gets the better of him and there is an I, Me and Myself monologue for (thankfully) a short period of time.

He is the only astrologer I have met till date who has a habit of writing down his observations on a sheet of paper and on each consultation he will refer to the earlier noting and show you how accurate his reading was….what is important is to have the sheet of paper of the first meeting such that he does not have to do the calculations all over again…..hence the subsequent meetings are a bit cheaper in terms of consultation.

His reading about me and my background was about 80% accurate….he does not describe the characteristics but was accurate enough to tell me the following basics about me…

And the reading went on and on……there were certain predictions made which as I said earlier he writes down with the dates and or the time period that it could occur in and if I look back at these papers (I’ve met him about 4 times in the last one year) I can see that he has been right on most of the predictions though the time indicated for each of the predictions may have varied a bit here and there….say a month or two.

He is also an astrologer who did not suggest any ‘remedies’……some of the remedies suggested to few of my friends by their astrologers have been have been funny and some outright bizarre…..from feeding the stray dogs to performing Kaal Sarp puja at Trimbeksehwar, sporting a nose ring, talking to dogs….and the list goes on. Indranil Mitra at best suggested going to the temple and chanting Hanuman Chalisa which was not really an issue at all…..going to a temple is always something that I look forward to.

I think the guy is worth a try….don’t know if it works the same way that it worked for me but then he seems to have a pretty good clientele and I guess he must be giving out about 6 to 7 appointments each day from Mon to Sat….but then I think he is well worth a try……he’s a no frill guy, educated, disciplined and he certainly knows what he talks.

Linkedin
Author: Rajeev Minocha
Filed Under: Religious
Tags: certain predictions, he certainly knows what he talks., my experience about this astrologer., right on most of the predictions, some of the remedies suggested, the astrologer would find out, This guy knows what he talks!!!, world of astrologers, writing down his observations
North – South divide – The Great Madarasi’s
To bury or to cremate, that is the question.