The ‘New Miracle Drink’, ‘The Hangover Cure,’ and ‘the Fountain of Youth’ are just a few of the names given to this trendy drink that has erupted in popularity, creating the ‘coconut water craze.’  Celebrities across the world have been seen drinking or raving about the tropical, all natural beverage, making it a hot commodity and in some New York convenience stores it’s even outselling milk. So why the hype about coconut water, and what is it?

For one the coconut water is a very refreshing drink to beat tropical summer thirst. The juice is packed with simple sugar, electrolytes, and minerals to replenish hydration levels within the body. I have felt the coconut water to be much more refreshing and a great thirst quencher as compared to any of the soft drinks marketed by these cola companies. And despite very light consistency, its water has much better composition of minerals like calcium, iron, manganese, magnesium, and zinc than some of the fruits.

It is being touted as nature’s miracle product, with claims being made that it hydrates the body, burns fat, speeds up the metabolism, lowers blood pressure, slows down the ageing process and have more potassium than a banana. It’s the second purest liquid after water, is naturally sterile, and is the only known natural liquid on earth that can be substituted for blood in human blood transfusions.

Hearing health claims of coconut water and its supposed benefits of increasing metabolism, improving complexion of skin, hair, and nails, anti-aging and reducing stress was enough to pique my interest. Only a couple weeks later I had successfully tried all of them.  I thought my skin looked better, felt less stress and had more energy.

Then I started to question myself.  Was I falling for a placebo effect?  Was I feeling these effects because of my expectations from media claims?

Many a website shoot down the myth on coconut water increasing metabolism and having anti-aging effects because there is no scientific evidence to support this claim. But then it s said that before art was invented the critic was born. 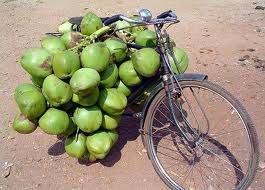 The Hawaiians refer to coconut water as noelani, which means ‘dews from the heavens’… and indeed, as one learns more about the benefits of coconut water, we truly understand why they say so!

If you have urine retention from heat, then coconut water helps. Similarly, liver problems, hepatitis or inflammation are also soothed by drinking tender coconut water. It is said that the coconut is an excellent wound healer, especially effective on scars though on a personal note I haven’t tried it for this kind of a treatment yet.

Coconut water is known as the ‘fluid for life’. In Sanskrit, an ancient Indian language, the coconut tree is known as ‘Kalpa Vriksha’, which means ‘tree which provides all that is necessary for a healthy living’. Coconut water is also known for its overall health oriented properties. It helps in controlling diabetes, obesity, and acid reflux diseases. Coconut water is known for increasing the metabolism of a person, which eventually helps in weight loss. I hope you will now try this immensely blessed gift of nature for all your skin problems and let go of all the products that you have been spending on in vain. Believe me, natural remedies are healthier and more effective in the long term as compared to chemical based products… and coconut water is definitely worth a try! So try it and stay naturally gorgeous!